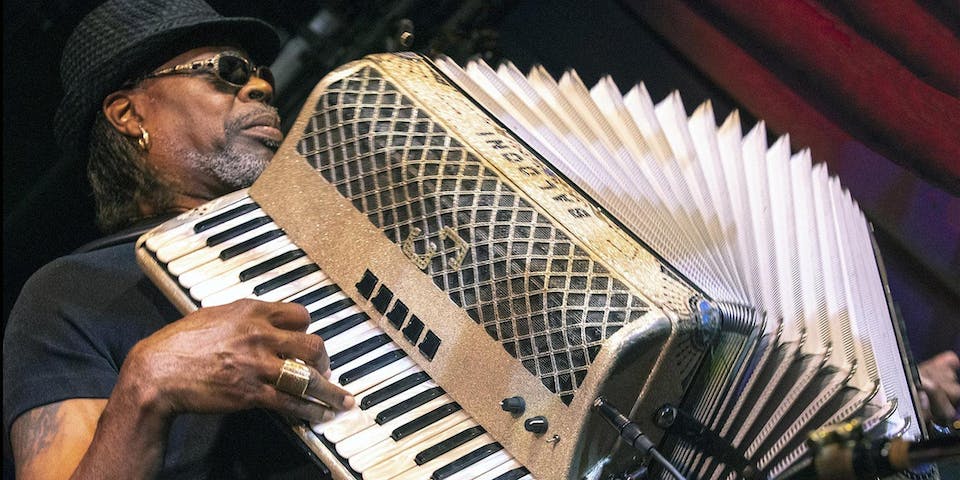 Creole-born C.J. Chenier was raised in an indigenous American culture with its distinctive language, cuisine and music. He delivers soulful vocals along with masterful accordion-driven Zydeco and Blues.

He appeared on the Daily Show, CNN and was featured on VH1 and Entertainment Weekly. He has exhibited his musicianship at many large festivals and venues such as the New Orleans Jazz & Heritage Festival, Chicago Blues Festival and Austin’s SXSW Music Conference.

CJ and the Red Hot Louisiana Band are a ready-made party with deep roots in Americana music.

Dana DeSimone will teach a dance lesson before the show, beginning at 7:15pm.