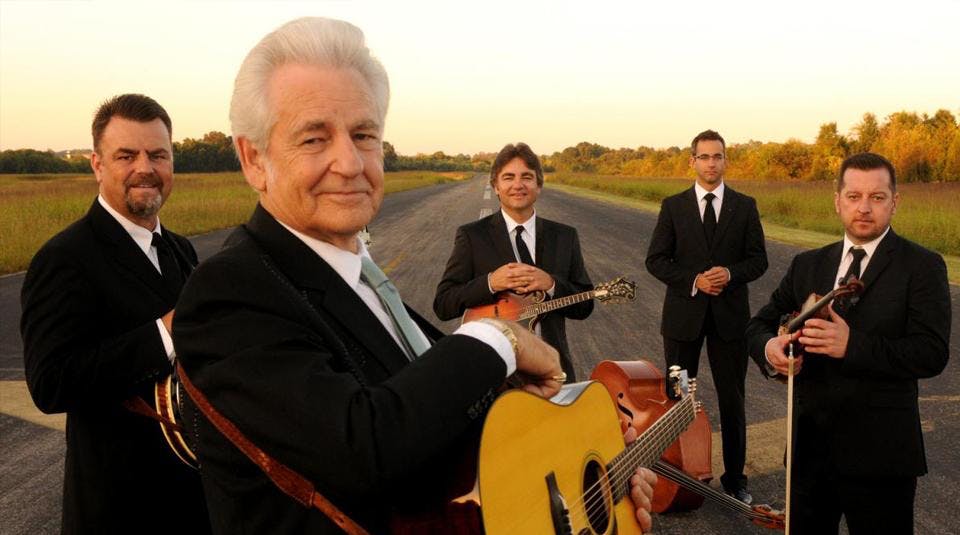 Vince Gill says it simply, and maybe best: “I’d rather hear Del McCoury sing ‘Are You Teasing Me’ than just about anything.” For fifty years, Del’s music has defined authenticity for hard core bluegrass fans-count Gill among them-as well as a growing number of fans among those only vaguely familiar with the genre.

“It gives hope to everybody-fifty years is a long time to be playing music in any field,” says another fan, Elvis Costello. “But to keep the purity that you need to do this kind of music, and the drive and the energy takes a special kind of guy.” And indeed, McCoury is something special, a living link to the days when bluegrass was made only in hillbilly honkytonks, schoolhouse shows and on the stage of the Grand Ole Opry, yet also a commandingly vital presence today, from prime time and late night talk show TV to music festivals where audiences number in the hundreds of thousands. “Here’s a guy who has been playing for fifty years, and he’s still experimenting-still looking to do things outside the box, to bring other kinds of music into bluegrass form,” says Americana music icon Richard Thompson, who saw his “1952 Vincent Black Lightning” turned into a bluegrass standard when McCoury brought it into the fold. “I think that’s the best bluegrass band, period. That’s it.”