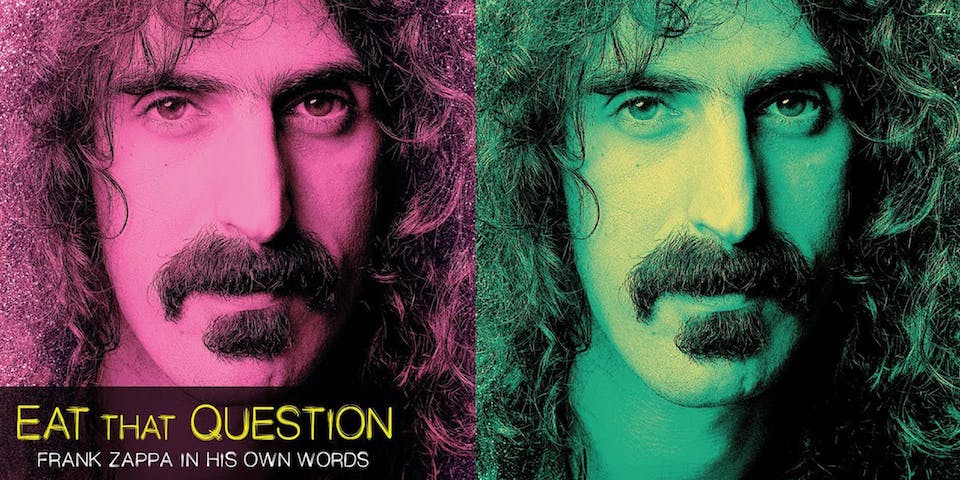 Eat That Question: Frank Zappa in His Own Words

iCal
Google
Eat That Question: Frank Zappa in His Own Words

Born in 1940, FRANK ZAPPA - self-taught composer, musician, bandleader, producer and independent thinker -first transcribed his avant-garde, Varèse-influenced compositions onto paper at fourteen. He only began to write lyrics in his early twenties. Nevertheless, upon the '66 release of his debut album, FREAK OUT! (with THE MOTHERS OF INVENTION), he swiftly became the most quotable voice of dissent in popular music.

A subtle, skillful montage constructed solely from historic footage, EAT THAT QUESTION- FRANK ZAPPA IN HIS OWN WORDS is an energetic celebration of this outspoken maestro. Zappa died far too early, in 1993, of cancer. How important then, that such unforgettable Zappa interviews and performances across three decades have been painstakingly gathered by director THORSTEN SCHÜTTE from the obscure vaults of TV stations around the world to create this unique 90 minute feature documentary.

Following Zappa from clean-shaven, besuited youth, to fearless chief freak, to his relentlessly productive final days before his death at 52, Eat That Question-Frank Zappa in His Own Words seats us right up front from the start; close enough to Zappa to read the flickering emotions in his eyes.

"There was rock and roll before Zappa, and rock and roll after him. While he was here, however there was no one like him." Jason Gorber, TWITCH