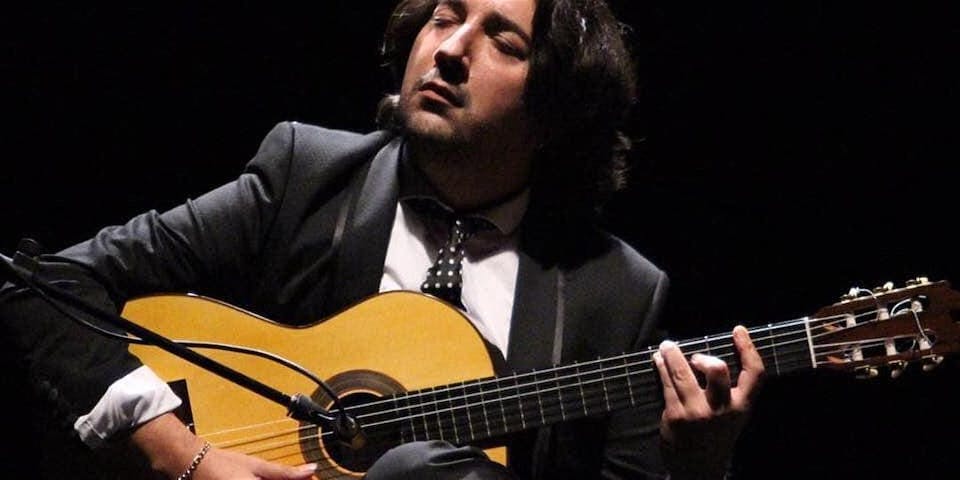 Flamenco at The Freight

ANTONIO REY is one of today’s most virtuosic flamenco guitarists. Antonio will be accompanied by renowned flamenco dancer and singer Mara Rey from Jerez de la Frontera, Spain and other special guests. Bay Area Flamenco is pleased to celebrate the release of his latest CD, "Jerez sin Fronteras," hot off the presses! CDs will be available in the lobby.

VIP ticket-holders are invited to join Antonio & Mara in an exclusive meet & greet before the concert.

"Though his level of technical mastery mesmerized, it was his sheer musicality that that entranced the audience – a musicality that transcended his technique. [...] Carrying on the flamenco tradition with an eye towards the future, his compositions captured the essence of the form while incorporating other types of harmonic movement. Clearly having absorbed the works of flamenco masters Paco De Lucia, Vicente Amigo, Tomatito, Gerardo Núñez and others, Rey has distinctly cut his own niche. Although Rey did not study classical music per se, he has certainly absorbed a wide harmonic pallette that he utilizes in his compositions. In this regard he is carrying on the tradition of his recent predecessors: he respects the art of flamenco by reflecting their artistry while simultaneously incorporating other styles within the form and establishing an important new voice. And all the while, Rey’s relaxed demeanor and natural smile made the concert even more enjoyable." (The Hollywood Times, review of concert at Guitar Salon, Santa Monica, California, April, 2019)

Antonio Rey Navas was born in Madrid in 1981 and began his artistic career at the age of ten when he accompanied his father Tony Rey in various tablaos (flamenco venues) in Mexico. He was soon performing on international stages and winning prestigious awards for his incredible virtuosity, such as the Premio Nacional de Guitarra (also won by Paco de Lucia and Vicente Amigo), National Competition of the Art of Flamenco of Córdoba, Niño Ricardo National Competition of Flamenco Guitar, International Flamenco Guitar Competition of Jerez and others. He has performed with many of the most important flamenco artists, such as Farruquito, Manuela Carrasco, Diego El Cigala, Antonio Canales, Diego del Morao, Richard Bona, Estrella Morente, Joaquín Cortés, Miguel Poveda, among others. Rey has performed in prestigious concert halls around the world including Tokyo, Moscow and across Latin America, Europe and Iran. 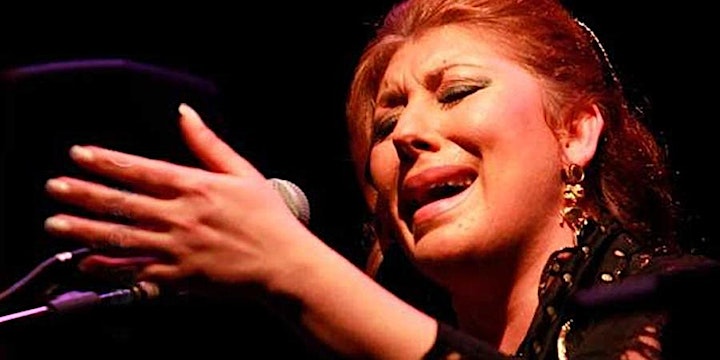 Founded in 2005, Bay Area Flamenco produces numerous events, film screenings, lecture/demos, workshops and master classes throughout the year, including the annual Bay Area Flamenco Festival/Festival Flamenco Gitano, now in its 15th year. The BAY AREA FLAMENCO FESTIVAL has grown into a popular and vital annual Bay Area cultural event. Celebrating Spanish Gypsy music and dance as a living culture and a legacy of world stature, the Festival has presented some of the most important figures in the history of flamenco such as Manuel Agujetas, Farruquito, Manuela Carrasco, Angelita Vargas as well as prodigies from today’s generation of artists.

“The San Francisco Bay Area has become a major U.S. conduit for Spain’s greatest flamenco artists. Over the past decade no one has done more to build bridges between Andalusia and the Bay Area than Nina Menendez and the organization she founded and directs: Bay Area Flamenco." (KQED, The California Report)

Serving as a bridge between our local community and the flamenco community in Spain, we foster cultural exchange opportunities that allow our community of outstanding local flamenco artists and the region’s large number of student and apprentice flamenco practitioners to interact in meaningful ways with master artists and tradition-bearers from Spain's flamenco communities, creating a context for sharing cultural traditions and experiencing flamenco in a genuinely interactive and spontaneous environment.

Artistic Director Nina Menéndez’s unique curatorial vision distinguishes the work of BAF and its particular focus on grassroots flamenco from the Gitano communities of Spain. Our programming aims to increase awareness of the culture, traditions and history of the Gypsy/Romani people of Spain, and to illustrate the way music and dance traditions are key to cultural resistance, serving as a vessel for the transmission of cultural identity and oral history across the generations.

“These artists are bringing the Gitano essence of flamenco into the 21st century," explains Festival director Nina Menéndez. “They have an ease for improvisation that comes from living the art as a part of everyday life. No choreography is required, only an intimate connection among the dancers and musicians who interact freely on the basis of a shared legacy and an insatiable hunger to find the spark of ‘duende’ that transforms the mundane into the sublime."