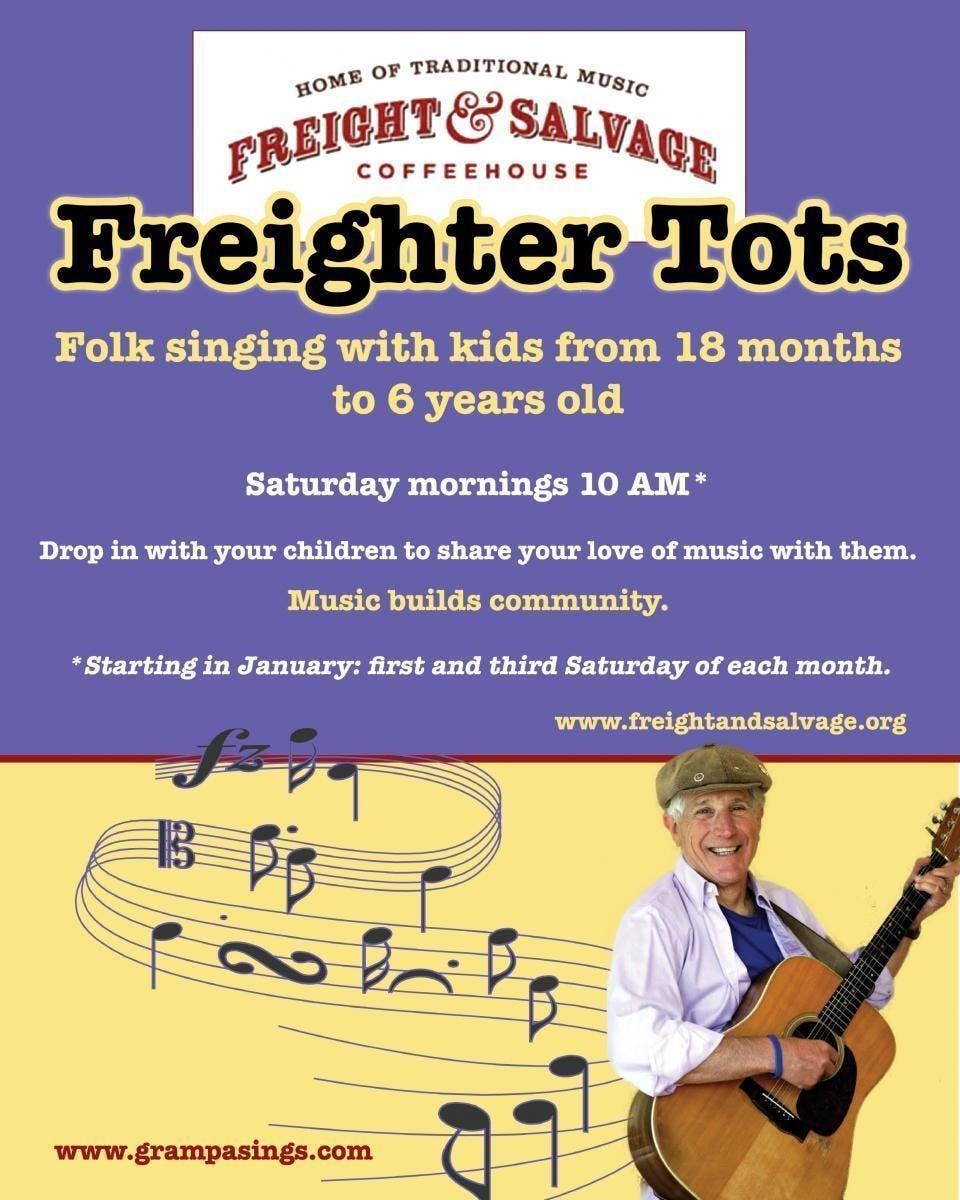 Fun all year for one flat fee!

In this song circle, we’ll sing, dance to, and act out folk songs about things kids care about: things like animals, nature, vehicles, their bodies, family, friends and being silly. Little children can start to understand tempo and rhythm using toy instruments; parents and other caretakers can learn songs to sing and games to play with their children. Make music part of their lives! Music builds community.

Clyde Leland (Grampa Clyde) started singing songs with kids about 40 years ago when his own children were in pre-school. In 2015, while singing with his granddaughter’s class, he realized that singing with kids is more fun than teaching law students. So he left his job teaching Legal Ethics in law school to give more time to Sing Along with Grampa Clyde. In addition to practicing and teaching law and working as a legal affairs journalist, he has been a summer-camp song leader and a singer-songwriter performing throughout the Bay Area. A native San Franciscan, he lives in Berkeley.

Hali Hammer (Granma Hali) has been singing with kids for decades. She worked for the Berkeley Unified School District since 1985, first as a substitute teacher on all levels (always bringing her guitar to the elementary schools), and later as a special education moderate/ severe specialist. Now retired, she still subs in the preschools, guitar in hand. She is also an award-winning singer/songwriter. Originally from New York, Grandma Hali has been in the East Bay for 35 years, most of that time (and currently) living in Berkeley. She has two grown children, 6 grandchildren, and 2 great-grandkids. www.halihammer.com