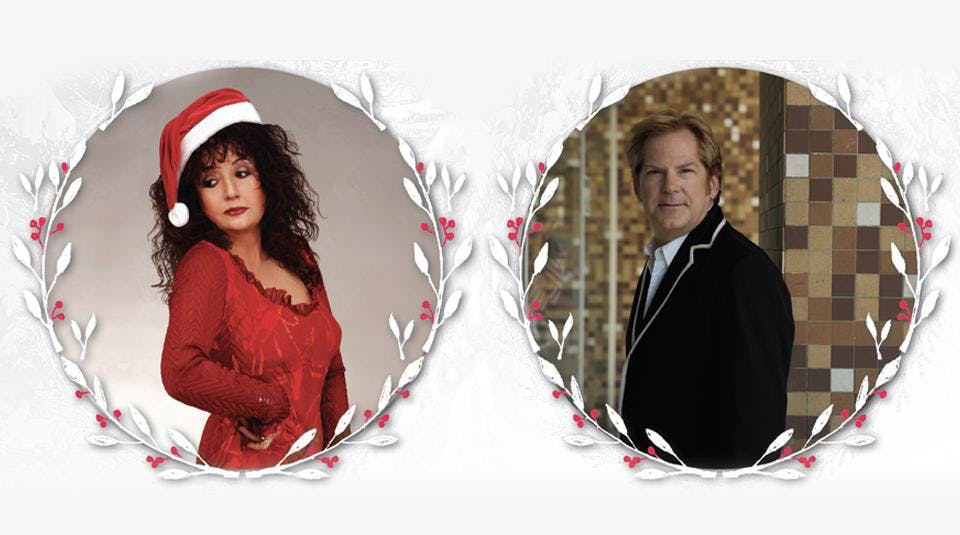 Over the years, as an antidote to all the sappy and sentimental Christmas tunes we are all inundated with every holiday season, Maria Muldaur has collected some wonderfully hip, swinging, humorous and irreverent Christmas songs by her favorite Jazz and Blues artists. In collaboration with the illustrious John Jorgenson Trio, they will be presenting their special "Holiday Swing Show" for a fun evening of what Maria calls "Christmas tunes for Hipsters." There will be no sappy, overdone, pedestrian Christmas tunes here, only her special collection of rare gems! Don't miss this Holiday event!

Maria Muldaur is best known world-wide for her 1974 mega-hit “Midnight at the Oasis,” which received several Grammy nominations, and enshrined her forever in the hearts of Baby Boomers everywhere; but despite her considerable pop music success, her 55-plus year career could best be described as a long and adventurous odyssey through the various forms of American Roots Music. During the Folk Revival of the early '60s, she began exploring and singing early Blues, Bluegrass and Appalachian “Old Timey” Music, beginning her recording career in 1963 with the Even Dozen Jug Band and shortly thereafter, joining the very popular Jim Kweskin Jug Band, touring and recording with them throughout the '60s.

In the 46 years since “Midnight at the Oasis,” Maria has toured extensively worldwide and has recorded 41 solo albums covering all kinds of American Roots Music, including Gospel, R&B, Jazz and Big Band (not to mention several award-winning children’s albums). She has now settled comfortably into her favorite idiom, the Blues. Often joining forces with some of the top names in the business, Maria has recorded and produced on-average an album per year, several of which have been nominated for Grammys and other awards.

Music virtuoso John Jorgenson, known for his blistering guitar licks and mastery of a broad musical palette, has earned a reputation as a world-class musician and guitarist who has collaborated with the likes of Elton John, Luciano Pavarotti, Bonnie Raitt and Bob Dylan. In addition to acoustic and electric guitars, he is also regularly featured on the saxophone, clarinet, bouzouki, pedal steel, mandolin, vocals and has garnered recognition for contributing to numerous platinum-selling and GRAMMY-winning albums.