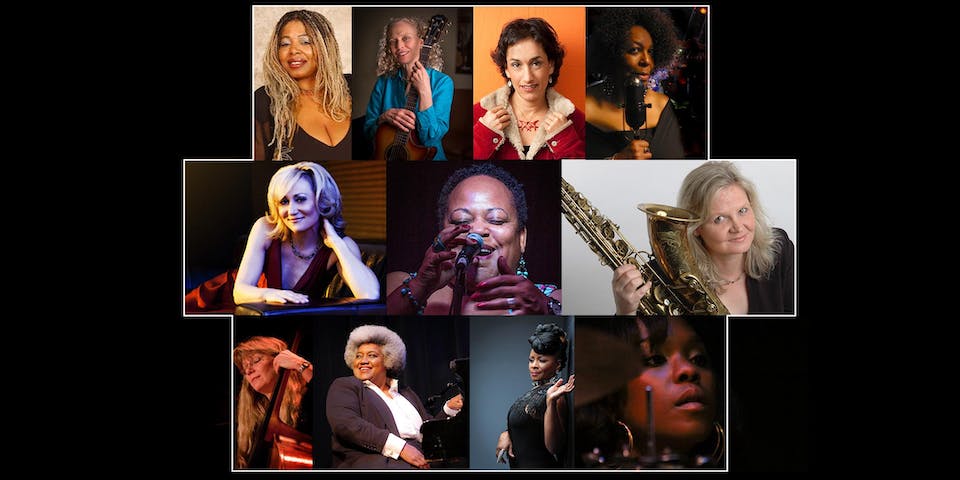 An all-star lineup of Bay Area musicians takes the stage at the Freight to celebrate women: the achievements, the challenges, and the continuing struggle for an equal voice in the music business and in all walks of life.

Just Like A Woman, A Celebration of Bay Area Women In Music is pleased to announce its 6th Annual Show. Stylized after the famed Motown and Stax Record Reviews, JLAW presents headlining female vocalists and a smoking band of top female instrumentalist, showcasing music composed or made popular by women. In addition JLAW is committed to showcasing up and coming young women artists.

San Francisco Bay Area vocalist, Rhonda Benin has earned a reputation for not just a good voice but showmanship, magnetic stage personality, humor, and of course her great dancing. In the summer of 2012 Rhonda traveled to Hangzhou, China for a 3 month engagement at the JZ Jazz Club and was 2014 USA headliner for The Kigali Up Music Festival in Kigali, Rwanda. In addition to singing, Rhonda is producer and founder of the annual Women’s History Month show “Just Like A Woman” a tribute to Bay Area Women In Music. Benin is a 26 year member of The GRAMMY nominated vocal ensemble Linda Tillery and The Cultural Heritage. She appears on the CHC’s 7 Cd’s and has toured 30 countries performing and recording with legendary artists such as Taj Mahal, Wilson Pickett, Richie Havens, Odetta. Al Green, Keb Mo, Santana, Patti Austin, Janis Ian, Jackson Brown, Hugh Masekela & Sweet Honey In The Rock.