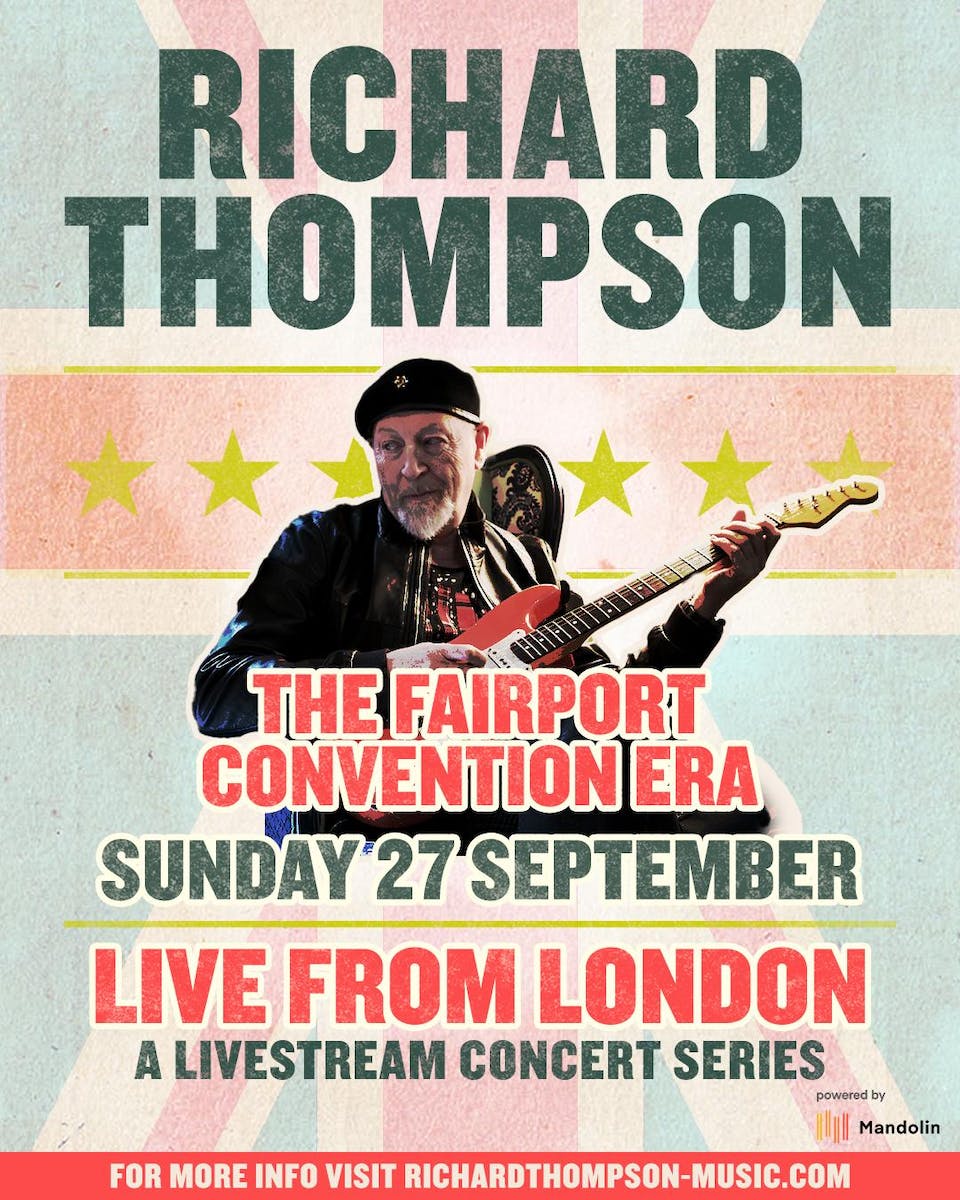 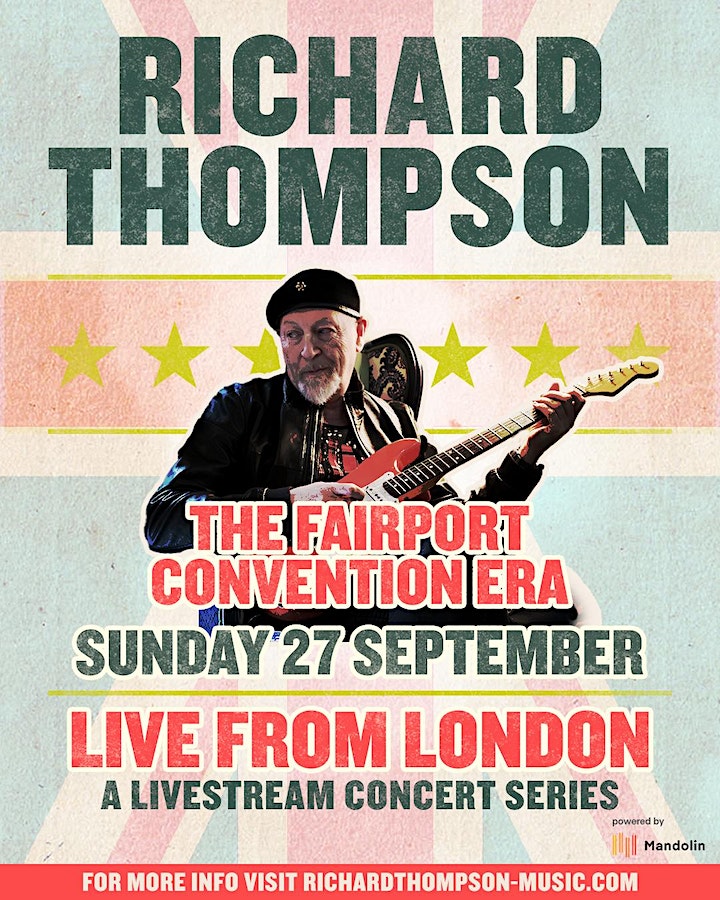 Live From London – my Livestream Series will be three unique shows each with a completely different setlist and all professionally produced and as close to being at a live gig as we can possibly get it! The livestreams will be available for 48 hours after each show. The first show I will be playing my new EP, Bloody Noses, in full as well as classic hits. The second stream will be Fairport Convention Era music with a majority of songs from the 60’s and 70’s. The last show will be all requests so be sure to send in your requests ahead of time! I am very much looking forward to this series and I hope you can join me for one or all three shows.

"THE FINEST ROCK SONGWRITER AFTER DYLAN AND THE BEST ELECTRIC GUITARIST SINCE HENDRIX." - LOS ANGELES TIMES

Named by Rolling Stone Magazine as one of the Top 20 Guitarists of All Time, Richard Thompson is also one of the world’s most critically acclaimed and prolific songwriters. He has received Lifetime Achievement Awards for Songwriting on both sides of the Atlantic - from the Americana Music Association in Nashville to Britain’s BBC Awards as well as the prestigious Ivor Novello. In 2011, Thompson received an OBE (Order of the British Empire) personally bestowed upon him by Queen Elizabeth II at Buckingham Palace.

In the USA Thompson has been nominated at the Americanas for both “Artist of the Year” and “Song of the Year”. HIs recently released CD Still was produced by Wilco’s Jeff Tweedy, and reached #6 in the UK charts (just ahead of Taylor Swift)!

Having co-founded the groundbreaking group Fairport Convention as a teenager in the 60’s, Richard Thompson and his mates virtually invented British Folk Rock. By the age of 21 he left Fairport to pursue his own career, followed by a decade long musical partnership with his then-wife Linda, to over 30 years as a highly successful solo artist who tours both solo acoustic and with his electric trio.

As an in-demand live performer Richard Thompson headlines dates around the world. He has co-headlined shows with Emmylou Harris & Rodney Crowell as well as the Americanarama Tour with Bob Dylan, Wilco, and My Morning Jacket - which culminated with Dylan himself performing RT’s classic song “1952 Vincent Black Lightning”. This year sees Richard Thompson on a major tour sharing the bill with Bonnie Raitt.

Thompson’s genre defying mastery of both acoustic and electric guitar along with dizzying energy and onstage wit continue to earn Richard Thompson massive new fans and a place as one of the most distinctive virtuosos in Folk Rock history.

“Genius appears early. Legends are earned. But history’s greatest never stand on their laurels. This is the artistic arc for Richard Thompson!”

3 Pack - All Three Streams available for $50