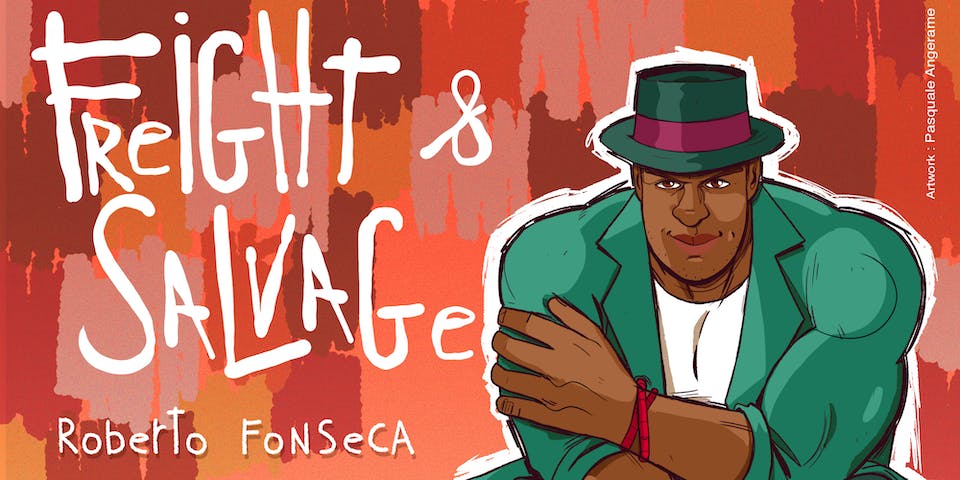 Roberto Fonseca is a Cuban pianist, vocalist, multi-instrumentalist, composer, producer and bandleader. Havana-born and based, he has released nine solo albums, collaborated across genres, been nominated for a Grammy Award and toured the world several times over. Along the way he has achieved the aim with which he began his professional career in the early 1990s: “Wherever people are, I want them to hear my music and say, ‘This is Roberto Fonseca’.”

An artist of prowess and ideas, with a questing jazz sensibility and deep roots in the Afro-Cuban tradition, Fonseca continues to astound. ‘The most exciting pianist in Cuba,” avowed Britain’s Guardian newspaper. *Does something new with the old, without ever denying its origins, and opens himself to the world,” insisted France’s Le Figaro. “Makes all possibilities seem possible, and the moment feel perfect, intensely true,” declared the New York Times.

Born in 1975 in Havana, Cuba, Roberto Fonseca has established himself over the last decade and a half as one of the most gifted — and most popular — pianists of his generation. After making his name with Ibrahim Ferrer in the legendary Buena Vista Social Club™, and after his recent GRAMMY© nomination for Best Latin Jazz Album, Roberto Fonseca has come to incarnate the meeting between jazz with the music of Cuba, both today and yesterday, and also its African roots. The new album ABUC features pianist-percussionist Fonseca accompanied by Trombone Shorty, Eliades Ochoa, Zé Luis Nascimento, Rafael Lay (Orquesta Aragón) and Manuel ‘Guajiro’ Mirabal, among many others.