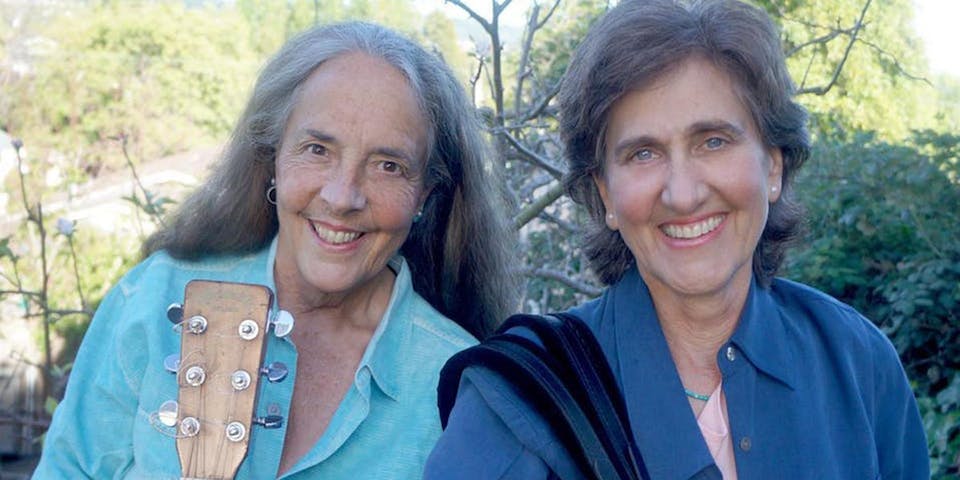 Freight favorites Robin Flower and Libby McLaren return for an exhilarating evening of innovative instrumentals, tight vocal harmonies, wild creative energy, and loads of fun. With Robin on fiddle, mandolin, and guitar, Libby on piano and accordion, and both of them sharing vocals, this polished and passionate duo creates their own marvelous blend of roots music—they call it Celtic Americana—grounded in tradition but with a sound that’s always fresh and contemporary. “With wit, searing virtuosity, and warm humanity,” says the website Indie-Music.com, Robin and Libby make music that is “moving, fun, and dazzlingly imaginative.”

Their musical partnership, which Ronnie Gilbert called “a musical marriage made in heaven,” has flourished for more than two decades. Robin has played in acoustic duos and trios with such musicians as Barbara Higbie, Nancy Vogl, and Laurie Lewis; toured with finger-picking legend Elizabeth Cotton, old-time music stars Hazel and Alice, and Holly Near; and recorded four albums as leader of the Robin Flower Band. Libby played in several bands before teaming up with Robin, including a long stint with the Roches. Together, the two have toured America and Canada, New Zealand and Ireland, and shared the stage with Pete Seeger, who afterwards sent them a note saying, “It was a real pleasure to hear you sing. You keep singing!” 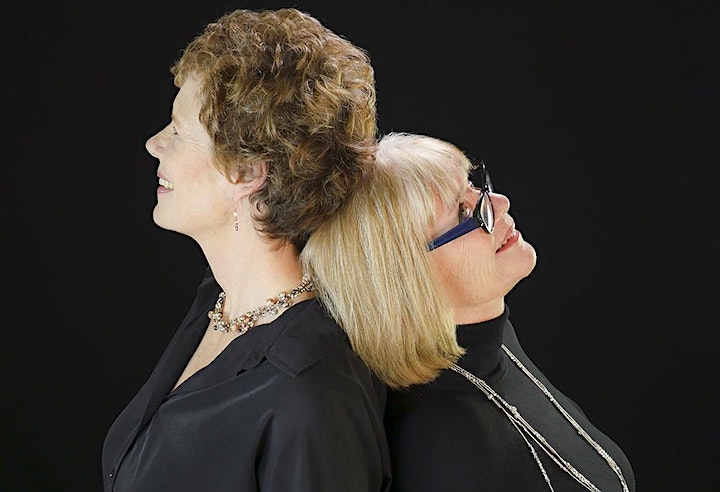 Julie Nicholas and Sheilah Glover are two-thirds of the award winning vocal trio Nicholas, Glover and Wray – known for their tight harmonies and popular Bay Area Cabaret shows. Since the death of Willow Wray, Julie and Sheilah have been exploring new directions in harmony with other vocalists. In 2018 they teamed up with Robin Flower and Libby McLaren at Irene Young’s Breast Cancer Prevention Benefit Concert at Freight and Salvage. This positive collaboration has inspired these four seasoned vocalists to join forces on a body of material from both of their repertoires. The result is deeply satisfying harmonies and multi-instrumental pairings with humor, beauty and joy.