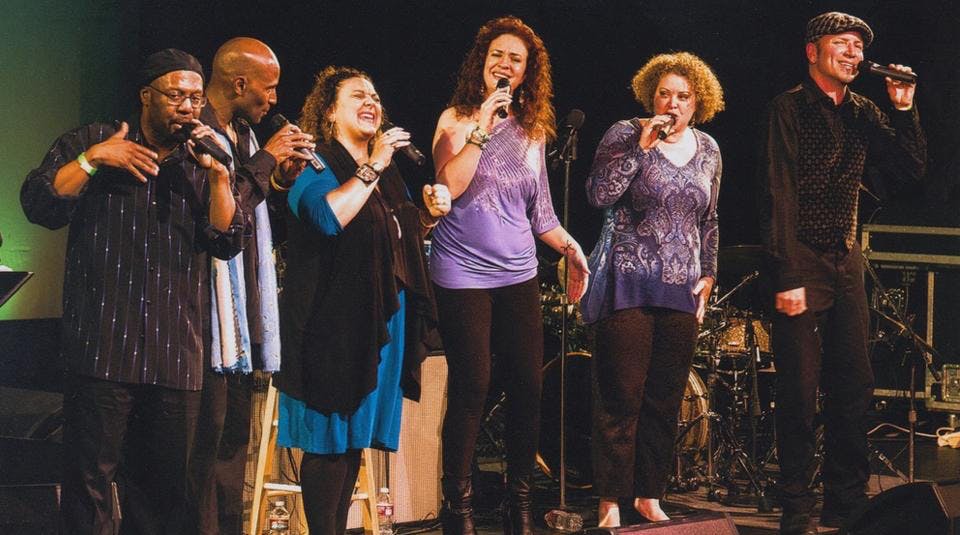 with special guest The Freight Singers

SoVoSó is an a cappella wonder, with deep roots in the Bay Area music scene and a long history of making vocal magic. SoVoSó–from the Soul to the Voice to the Song–sings jazz, gospel, world, and R&B, including classics and originals, performed with improvisational wizardry and jaw-dropping vocal chops. “The extraordinary richness and brilliance of this virtuoso vocalism lifts you into a special realm,” says the San Jose Mercury News. “Their spectacular voices takes listeners deep into fresh vocal territory,” says the Oakland Tribune. “SoVoSó is tight, soulful, and a whole lotta fun,” says Bobby McFerrin, a musical inspiration for many members of the group.

The Freight Singers are a new community chorus based at the Freight and Salvage led by Zoe Ellis and Bryan Dyer. The chorus introduces singers to music from a variety of cultures inside the U.S. and around the world with an emphasis on traditional/roots music. Participants learn about the historical and cultural context of the music, as well as the style and technique.