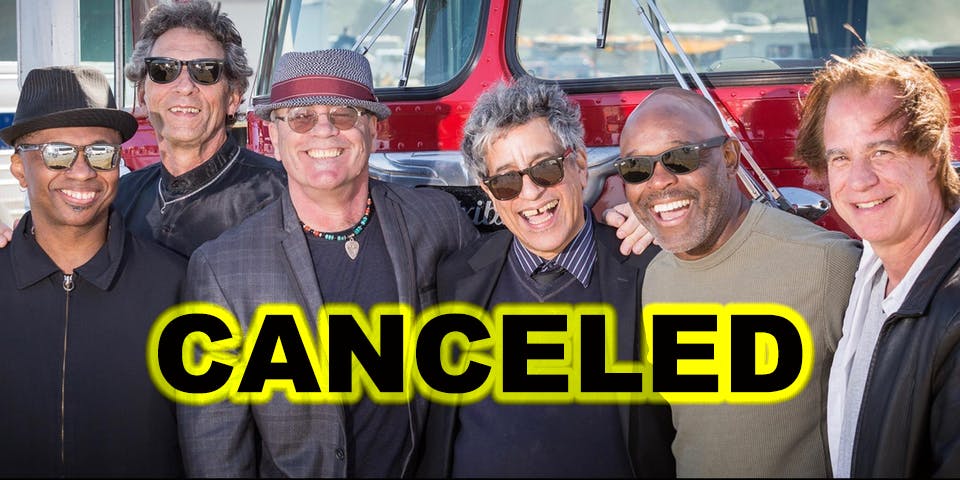 THIS SHOW HAS BEEN CANCELED - TICKETHOLDERS, SEE YOUR EMAIL FOR YOUR OPTIONS.

In tribute to the genius of Ray Charles, a swinging septet of outstanding Bay Area musicians offers their take on some of the highlights from Ray's amazing songbook.

Glenn Walters sang lead for two sensational Bay Area bands, the Hoodoo Rhythm Devils and the Zasu Pitts Memorial Orchestra. The San Francisco Examiner calls his voice "as warm, furry and comforting as a mink coat. You just wanna wrap it around you."

David K. Mathews has been playing keyboards professionally since 1975. After playing with Tower of Power for two years, he toured for a decade with the Queen of Rhythm and Blues, Etta James, and is currently the keyboard player for Santana. he's worked with a WHo's Who of musical greats including Toots Thielman, Bonnie Raitt, Vassar Clements, the Gypsy Kings, and John McLaughlin.

Blues guitarist extraordinaire Chris Cain grew up in San Jose, studied music at San Jose City College, and over the next twenty years learned his way around clarinet, piano, bass guitar, and alto and tenor saxophone, not to mention developing fierce vocal chops. he's played with such greats as Albert King and Albert Collins, Johnny Otis and Junior Wells, Boz Scaggs and Willie Nelson, and has recorded ten solo albums.

Bassist DeWayne Pate graduated from the Musicians Institute in Los Angeles, moved north, and has since worked with an array of top artists including Huey Lewis and the News, Boz Scaggs, Maria Muldaur, Robben Ford, Arturo Sandoval, and Tower of Power. Reviewer Andrew Gilbert called his album Melting Pot "an impressive array of grooves."

Tony Lindsay has 11 Grammy awards on his mantel after spending two decades as lead singer of Santana, and has recorded with such artists as Patti Austin, Aretha Franklin, Curtis Mayfield, and Steve Winwood. his friend Chester Thompson invited him to audition for Santana, and overnight he went from playing small clubs to huge amphitheaters.

Join these musical dynamos in a tribute to the genius of soul and blues, Ray Charles.