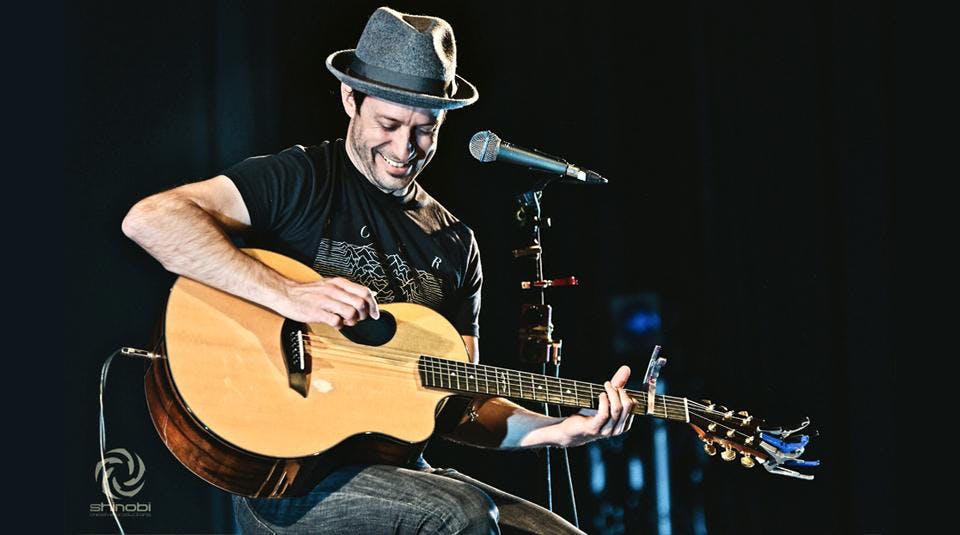 Premium Seating tickets guarantee seating in the front, center section. Choice of seating within the Premium section is on a first-come, first-served basis.

Internationally-acclaimed guitar virtuoso Trace Bundy returns to Freight & Salvage to share his Acoustic Holiday concert with us this year. His music must be seen to be believed, using harmonics, looping, and multiple capos to confound even the most accomplished music lovers as to how one person can do all that with just two hands and ten fingers. Trace’s witty banter and stage presence delivers an unforgettable live concert experience.

Bundy’s unique career has brought him across the world, with concerts in 28 countries and counting — from high-tech performance halls in South Korea and Italy, to remote villages in Zimbabwe and Guatemala. He has independently sold over 140,000 albums on his record label, Honest Ninja Music. His video clips circulate virally at astonishing speed, with over 43 million YouTube views to date.

“It was easy to see why Bundy plays bigger venues on each tour. In his hands, the acoustic guitar is an imagination station, and there was no telling where he is going take the audience at any given turn. Thrilling stuff.” - Jimmy Leslie at Guitar Player Magazine

"Bundy's live show is without a doubt an event that needs to be witnessed rather than told about. With such a jaw-dropping performance, Bundy's live concert is a slap in the face that would leave a palm print on the memory of everyone in the audience.” - Audiocast Magazine